We just had the best vacation ever. Seriously. The best. Walt Disney World really is the happiest place on earth as far as I’m concerned. Travelling with great friends made it even more fun. Thank you Ronnie, Brian, Connor and Caitlin for an awesome adventure. Let’s make it an annual event!

The boys were excellent travelers, so the six hour drive (each way) in the silver bullet was as painless as possible.

Our adventure began at Disney’s Hollywood Studios. The kids had no idea what to expect, so every second of the ten hour day was exciting.

Our first stop was at Disney Junior – Live on Stage. It was so cute! As soon as Mickey popped up on stage, Kellan began waving and shouting, “Hi, Mickey Mouse!” I may have teared up a bit.

We wandered around the park and let everyone burn off some energy at Honey, I Shrunk the Kids.

The boys were mesmerized by Lights, Motors, Action! and Brian (not my Brian, the other Brian) had a starring role in Indiana Jones Epic Stunt Spectacular. And, of course, the Pixar Pals Countdown to Fun Parade was a huge hit. We pretty much owned the joint.

Day two was laid back. We caught up on a tiny bit of missed sleep then spent the late afternoon and evening at the campsites at Fort Wilderness Resort. We didn’t sleep at the campsite, but we grilled burgers there then spent the rest of the evening at the pool, eating s’mores and dancing at Chip’n Dale’s Campfire Sing-a-long and watching Homeward Bound, the featured Movie Under the Stars. It was a great way to sneak in a low key day to help the kids (and grown ups) recoup some energy. Plus, we received resort privileges and a parking pass that was good at all the parks.

We hit Animal Kingdom on day three. We immediately went to the Kilimanjaro Safari. Everyone loved seeing the animals as we bounced down the road and the animals were all up and moving in the morning. Naturally, Dinoland was a big hit. The kids played for ages in the Boneyard. Honestly, for all the cool stuff to see, the play areas may have been the biggest hit.

Liam was crazy about the Dinosaur ride. I worried that it would scare him, but he loved it. It’s his favorite part of the trip. We ended the day at the Festival of the Lion King, which was absolutely amazing. Sadly, Liam chickened out when invited to join the performers, but luckily for us, Connor jumped right in!

I must admit, however, that my favorite part of the day was spent in the shade  behind the Dawa Bar sipping mojitos with my Brian while the hooligan’s napped!

Day four was a big night! After a lazy day at the pool, we dressed up for Mickey’s Not So Scary Halloween Party.

It was a super late night and though Liam slept through it all, the Kel-Kel monster partied like a rock star.

The Boo to You Parade was really cool as were the amazing Happy HalloWishes fireworks. Plus, I got to do my first zombie makeup!

On our last park day, which was also my birthday(!), we ate and drank our way around the world at the Epcot Food and Wine Festival. I love, love, love the F&W Festival. Like alot. The boys seemed to have fun too…

Just when you thought that it couldn’t get any better…we met up with Shawn, Ashley, Emory and Mr. and Mrs. G.

Alas, the boys crashed crossing the bridge from France to England so B and I were forced to sit on a bench next to the Ireland Marketplace. Hard as it was to nibble Irish cheeses and Fisherman’s Pie and sip Guinness, we sacrificed two hours so that our cherished children could rest.

What an amazing (and exhausting) week. Can’t wait to do it again! 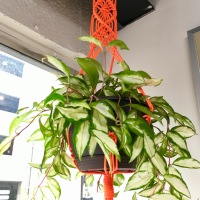 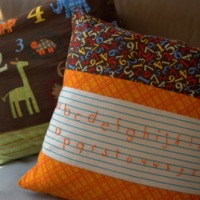 Ride pimped. #electrabikes #electracoaster3
Bricks are a-movin!
Brian is doing creative challenges for his students and is letting me participate. Yesterday’s was painting with coffee. It took ages to dry between layers. #coffeeart
I made an Otto inchie. #inchies
I feel downright civilized.
Thank you, Easter Bunny! Deviled eggs with crab and old bay, salmon roe, and pickled mustard seeds. Yum!